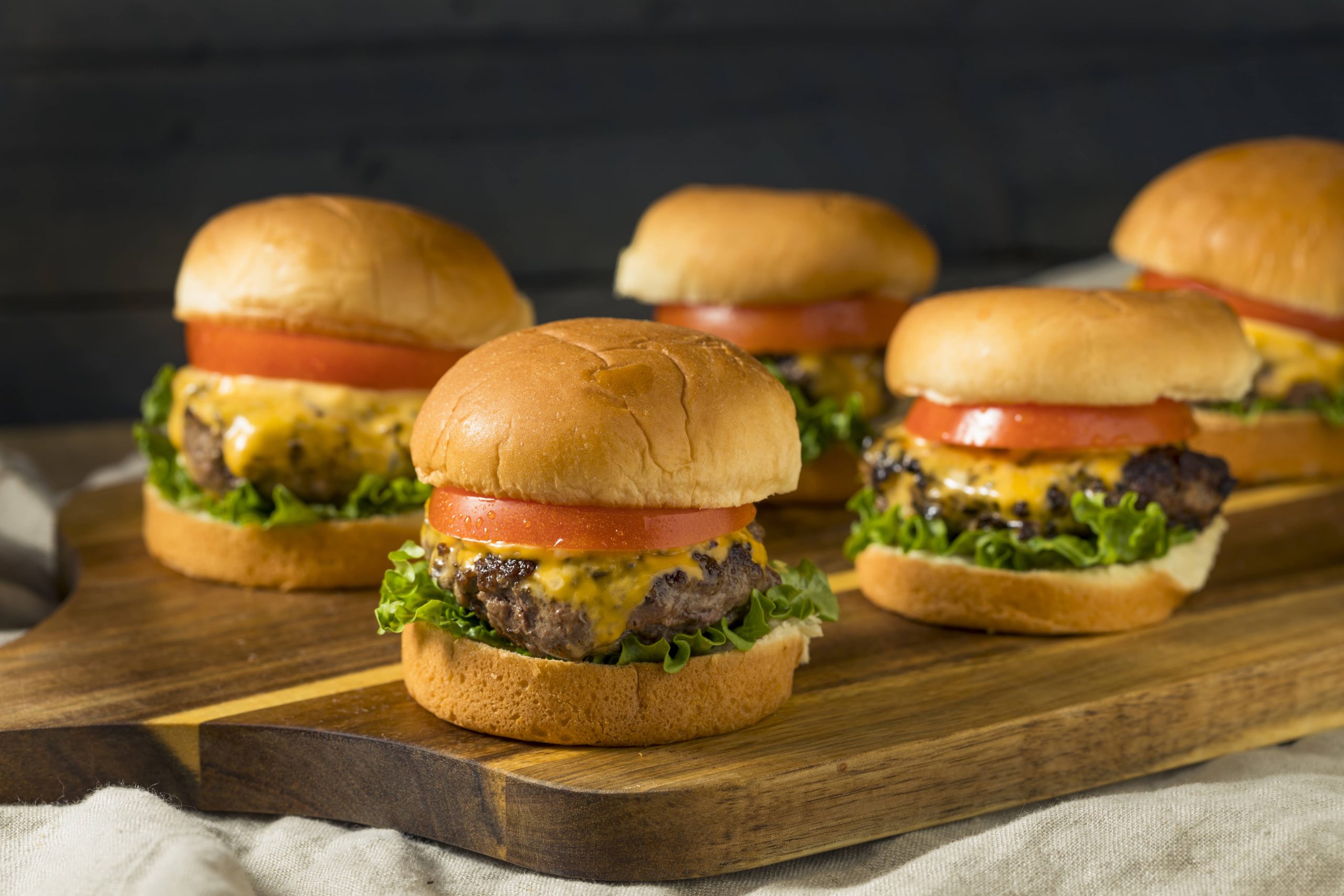 While the Fourth of July may look a little different in 2020, there’s one thing that’s a given — the all-American burger is a staple for that day. As it stands, it’s the undisputed star of any summer grilling menu, and with a few simple steps, you can ensure you’re putting a perfect burger on everyone’s plate.

First off, if you’re new to grilling, review our basic techniques suggestions here. But also keep in mind that if a grill isn’t available, you can flip a great burger right out of your kitchen skillet, too.

Burger Trifecta
Everyone thinks they’re a burger expert, which is why one man’s perfectly cooked burger may be another’s overdone hockey puck. And while there may indeed be a double-decker venison burger stacked with bleu cheese, avocado, bacon, and portobello mushroom in your culinary future, it’s better to just get the three basics right first — burger, bun, and the all-important condiments. Start simple and all will be well. The most important thing is to think fresh: steer clear of pre-packaged burgers and head to the local bakery for the buns.

Meet the Meat
A great burger is all about the meat, and the best meat will have a decent amount of fat in it to keep it juicy after cooking. You have choices here, but you can’t go wrong with buying ground beef chuck at the meat counter.

When you’re ready to make your burgers, gently form round patties of about six ounces each, or slightly larger than those fresh buns you have (to allow for shrinkage during cooking). Again, emphasis on gently — you want the patties loose, as this makes for a juicier burger. Don’t pack them into tightly formed patties. Note: Some people suggest mixing an egg or breadcrumbs with the meat as a binding agent — we don’t. We like the meat to stand on its own. Plus, overhandling the meat with lots of aggressive mixing just makes your burger less tender.

A classic tip is to make to a small thumb indentation in the middle of the burger to keep it flat while cooking, rather than plumping up and tempting you to press your spatula down on the patty while it’s on the grill. (That just squeezes the juices out of the meat, so don’t do it.)

Lastly, don’t forget to liberally season the burgers with salt (we prefer kosher salt, as the flakes are bigger) and pepper before placing them on a well-seasoned grill.

Bring the Heat
Cook the burgers on medium-high to high heat and flip as seldom as possible. About four minutes a side should put you in medium territory. If you’re cooking a bunch of burgers to different orders plan ahead: divide the grill into sections, put the well-done order on first, then medium, then rare, and take them off in reverse order.

Cheeseburger, Cheeseburger
While there are a variety of cheeses to choose from, a classic cheeseburger really requires the cheese slice to be melted over the burger in the final moments of cooking. American cheese is the hands-down go-to standard, but cheese is your launching pad for future experimentation.

Stacking It Up
To toast or not to toast the bun is also a personal choice. If you are grilling a lot of burgers it can get hectic attending to double the number of bun halves as well. Consider browning them slowly in the oven instead. We like a toasted bun because it’s less likely to fall apart as easily.

When it comes to actually building the burger, there is no real wrong way. But there are better ways.  Our personal preference is placing lettuce on the bottom bun first, followed by pickles and onions, then the meat — the lettuce on bottom helps prevent the meat juices from soaking the bottom bun and turning your burger into a soggy mess. If you like tomato, that should go on top of the meat — again, you’re keeping juice away from the bottom bun, plus, if you have cheese on top of your burger, the tomato melds with the melted cheese and has less of a tendency to slide off your burger (see, there is an art to this).

Plenty of people prefer to build their burgers with all the toppings on top of the burger, though, so to each their own. If you’re doing that with a cheeseburger, if you put your patty cheese-side down on the lower bun, that can help prevent a soggy bottom bun as well.

Burgers and Bourbon
Even a basic burger is a juicy taste extravaganza, and a sturdy bourbon will be the best accompaniment. That’s why we opt for the 117 proof, barrel strength of Old Ezra 7 Year to sip alongside our best grilled creations. The mixture of America’s favorite meal and the rich complexities of Old Ezra 7 Year may just prompt a call for seconds.

Tagged to: How to, Life essentials, Old Ezra